Located in the historic Grasshopper Valley, this 41 +/- acre property is situated with breathtaking views and endless adventure in any direction. Bannack State Park is a great place to explore the old west and is just a short 8 mile drive. A soak in Elkhorn Hot Springs, crystal digging at Crystal Park, and skiing at Maverick Mountain Ski Area are all just a short 15 minute drive away. An abundance of stream and lake fishing opportunities are provided in the nearby mountains and valley. World class big game hunting is at your finger tips. Montana HD 329 constantly produces some of the highest populations of elk in the State. A 20 mile drive to Dillon or 70 mile drive to Butte puts you in world class hospitality with every amenity the great state has to offer. Please call to schedule a showing today.

This nice property is located in the Grasshopper Valley and has endless recreational opportunities being just minutes from hunting, fishing, horseback riding, and hiking! 20+/- miles to Dillon or 70+/- miles to Butte, Montana will land you in a larger town with more amenities.

Just a few minutes away is where the unincorporated community of Polaris, Montana sits. Polaris lies in the Grasshopper Valley along the Pioneer Mountain Scenic Byway, southeast of Wisdom, Montana. Hay, horse, and cattle production are among the major industries in Polaris, along with a rise in tourism and recreation. Originally, Polaris was a mining town with a general store, post office, and saloon. Hundreds of miners lived north of Polaris and worked the Elkhorn Mine and Coolidge Mine, among other smaller mines. Current attractions to the Polaris area include Maverick Mountain Ski Area, Montana High Country Tours Lodge, the Grasshopper Inn, Elkhorn Hotsprings, Bannack State Park, and Crystal Park. Polaris is minutes from blue ribbon trout streams, hundreds of snowmobile and cross-country ski trails, and trail heads to mountain lakes.

A short 20+/- mile drive will find you in Dillon, Montana – population 4,342, according to the 2000 census. Dillon is the county seat of Beaverhead County and began as a shipping point for the surrounding mining camps to Utah, with the connection of the northern and Union Pacific Railroads.  Sheep and cattle were introduced to this agricultural community, and Dillon became the largest wool shipping point in Montana in the late 1860s.  Agriculture remains the predominant industry, supported by the area’s recreational tourism. 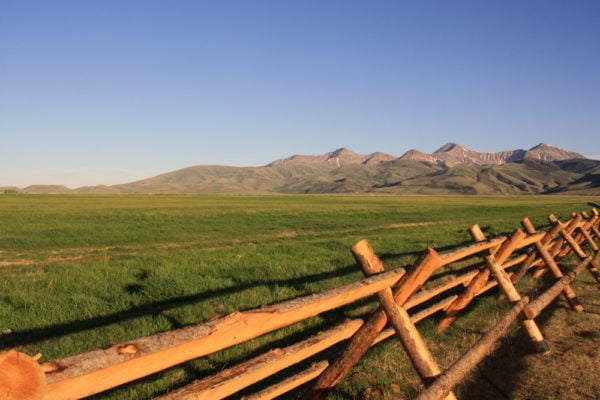 Chute Canyon West Ranch offers 946+/- acres with an assemblage of 6 pivots, home, and other ranch improvements.  This ranch is offered as a stand-alone ranch with an opportunity to… 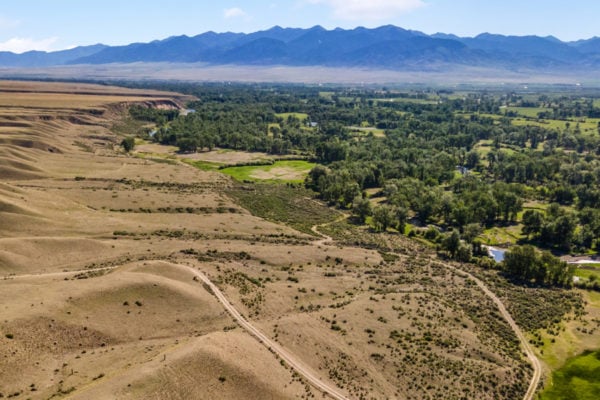 Looking for a well-rounded piece of Montana with various opportunities? Look no further than these 160+ acres! Some of the finest fly fishing in the world, along the famed Big… 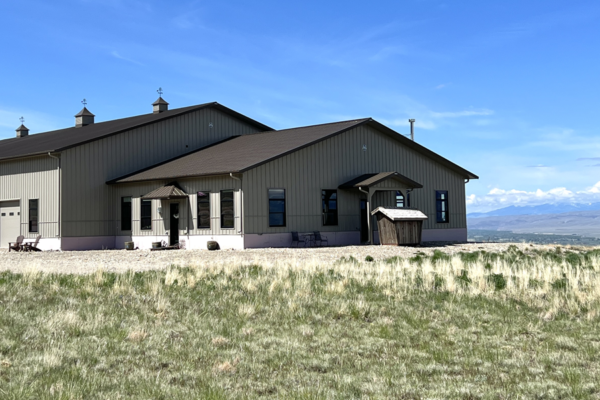 Home on the Range in style! Have a look at this incredible shop plus home — a tribute to its beautiful setting, on acreage. Truly stunning custom home with soaring…